TAKING IT ON THE CHIN- A MASTERCLASS IN RECEIVING CRITIQUE

Don’t seek a coach or a teacher who’s like a courteous waiter. Seek instead, coaches and teachers who scare you a little.

Why? It is easy to confuse pleasure and comfort with actual learning. But truly good coaches and teachers are about challenging you to get to the edge of your abilities time and time again.

Seek out coaches who are authoritative, who know their stuff and take charge.

A little scary is good.”

I arrived back late last night from four days at Emily Ball’s studios at Seawhite of Brighton, after a masterclass with artist John Skinner. 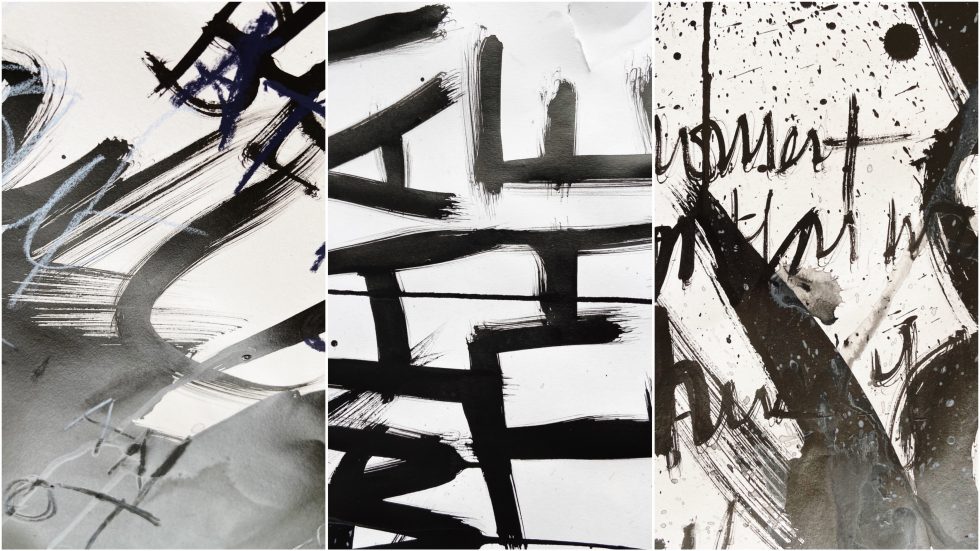 A generally quite placid person, I had forgotten I even had hackles until I felt them rise, and my heart fall, at John’s opening statement to me that “paintings don’t make good metaphors”, and his failure to even so much as glance at any of the work I’d done during the weeks of preparation for a project about the metaphor of geography/ geology describing the human psyche.

But, I do love a metaphor, and much as the wind direction changes from an icy blast to a warm Saharan breeze (sorry) during this four day masterclass I went from thinking, ‘my god what have I walked into, this man is an arse… ‘ to ending up being, though I am loathe to confess, really quite fond of him. In four days! A case of Stockholm syndrome or the power of an open mind?! You decide ????

I’ve considered why I found myself so triggered by John and I realize that one of the reasons is that he reminded me a good deal of my late father. As a child, my attempts to defend myself were met with “I’m not going to argue about it” or “just do as you’re told”. Decades later the feeling of not being heard still smarts. In no way can I blame John for my own feelings!

The dismissal of one’s ideas or opinions inevitably gives a negative perception to any criticism . But I was undoubtedly fond of my dad despite my difficult relationship with him and at the end of the workshop I realized I was growing to like John as well as valuing his experience and forthright opinion, even though I wanted to give him a slap on several occasions.    (Not least because of his insistence on playing outrageously awful music at times. Sleaford Mods, anyone?! When we tried to hijack the blue tooth speaker with our own ‘Skinner Rebels’ playlist it didn’t go down well…)

When I’ve been asked for advice on making a start in an art career my advice has always begun with an imperative- invest in yourself. Some people have been surprised I’m still going on courses and workshops but honestly I don’t think I’ll ever stop pushing myself and exposing myself to new ideas. I spent 3 years attending workshops and courses as I put together my own ‘DIY’ art degree. Now my focus is on mentoring and the development of my art practice and business. (I’ll be embarking on Newlyn School of Art’s mentoring programme in January. ) I see this as my postgraduate studies!

These opportunities offer a way of learning new stuff, not just about painting but about how to challenge ourselves to make better work. Pushing ourselves is where the magic happens, not to mention the wider benefits such as networking, making new likeminded friends, absorbing myself fully for days at a time in making work and the luxury of being away from home with all the associated distractions. 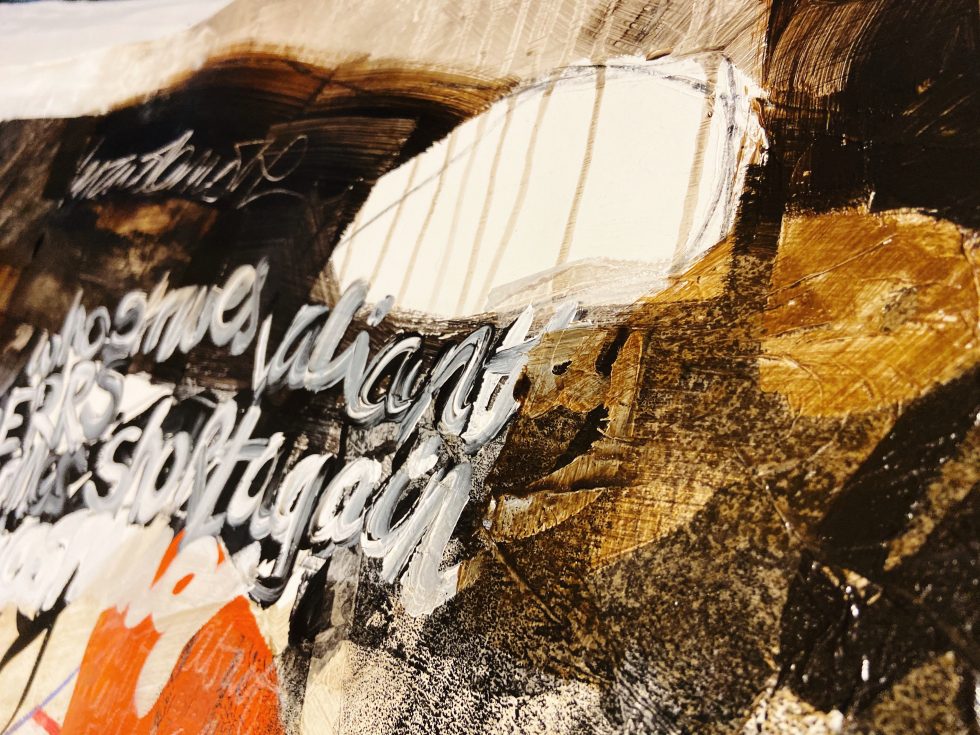 Why was this such a tough one? I felt personally able to withstand John’s tough-love approach (a few years ago it would have been a different story) but as an empath I felt myself die a little inside at the way he spoke , on occasion, to some of my classmates. Although to their credit they bore his forthrightness with respect and fortitude. John doesn’t seem to know (or care about) the politically correct way of giving critique- the positivity sandwich- (if you don’t either it’s basically this. Positive-I really love what you did here– negative –This bit is shit- positive –well done for trying so hard...) but, when there are 8 people in the room all demanding direction and attention (and there are often up to 11 in this class) there is a lot to be said for the direct approach – which is something he has nailed.

There were moments of jaw dropping directness from John, (If you’re of an overly sensitive disposition or object to frequent F- bombing this masterclass may not be for you. ) There were also some masterful kickbacks from one or two of the participants, and many, many moments of comedy gold too that reminded us that under the prickly surface John is really a pussy cat and undoubtedly comes from a place of devotion to his craft and to the improving the artistic lives of his students. As far as I know no one ended up in tears, at least not in public, and if there were any wobbly moments the camaraderie between the students was enough to bolster flagging spirits and dented egos- and I speak for myself there.

But overwhelmingly John brought to the class his years of experience and a tremendous generosity to share his philosophy on art making and self development with us and it is this that I will bring away with me. The fact that John’s Masterclass is a sell out, twice a year, with long waiting lists, is testament to his skill as an enabler and mentor.

Delightful Emily Ball , who worked alongside us as part facilitator, teacher and student, was the Good Cop to Jon’s Bad Cop. Her quiet assurance in her own work, and encouragement about our own, was a calming and reassuring factor. She and John have known and worked together for years and their relationship was a privilege for us to witness as they bounced off each other with the more philosophical ideas around art making, and in seeking and answering our questions succinctly and honestly.

If you’re considering doing this or another workshop that includes a degree of honest critique and feedback- and I encourage you to do so- ask yourself the following. 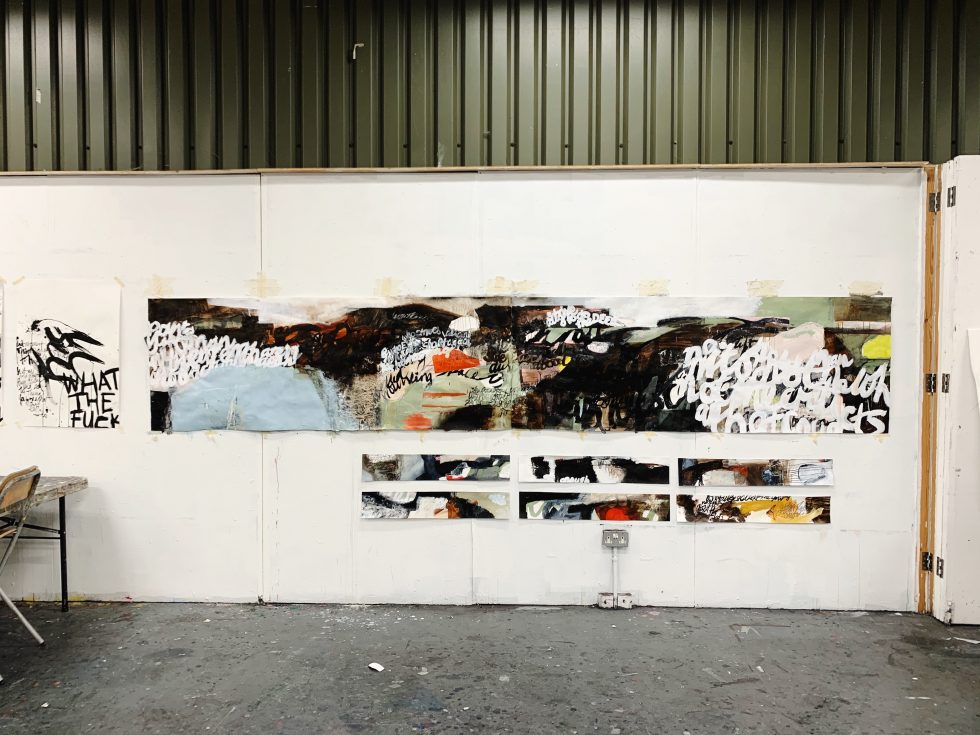 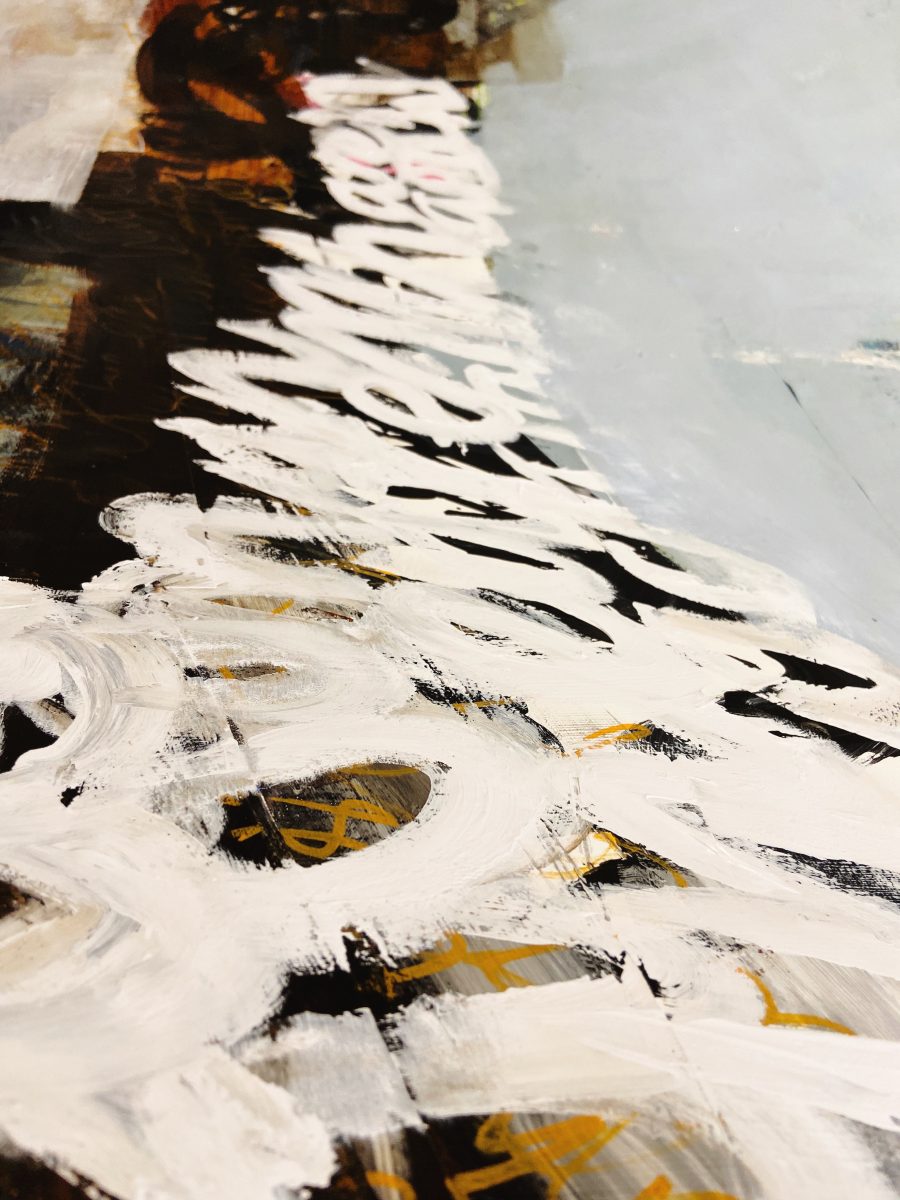